The Preclassic, also known in greater Mesoamerica as the Formative, has been divided into three logical time periods, the Early, Middle and Late. The earliest Maya came into the Belize and adjacent tropical lowland areas as farmers before 2000 BC, but did not appear in the archaeological record for nearly a millennium. The Early Preclassic Period marks the beginnings of agriculture. The earliest evidence for burning and the cultivation of maize dates to well before 2000 BC in the Peten of Guatemala. The lake core sediments record the beginnings of human manipulation of the environment. These sediments show systematic, probably annual, burnings, and the increase in grasses shows indications of human intrusions. However, corresponding archaeological sites are hard to pin down. Ceramics and household architecture are associated with this phase, now defined as roughly 2000 - 1000 BC. Much of what we know about life during this period comes from beyond the bounds of the Maya area, but some of the earliest evidence in the Maya area is found at the site of Cuello, in northern Belize.

These early agriculturalists from northern Belize began to grow domesticated maize, fruits, cacao and a selection of root crops. Yet only part of their diet was supplied by these domesticated crops. There was still a dependence on the bounty of the lands and waters. Hunting, fishing, and plant foraging provided an important part of the diet for the first Maya -- a pattern that would persist in different ways throughout prehistory. Since social organization was simple, based on subsistence, a family-centered life prevailed in these times.
The Middle Preclassic dates to the interval between 1000 BC and 300 BC. Settlements of the Middle Preclassic Period were numerous enough to be recognized archaeologically across most of the Maya area. This was the time that the Maya moved from the coast, up the river valleys, ultimately penetrating the interior areas. House sites were wide spread, communities were still small, and there was little in the way of public architecture. The more significant communities of the Middle Preclassic were found peripheral to the interior heartland of the Maya, the area that developed so prominently later in the Classic Period.
With the larger populations and settlements in the Middle Preclassic comes the definitive evidence of public architecture. Again, northern Belize is featured at this time and sites such as Cuello, Cerros, Nohmul, and Lamanai show major building activity. Most recently, buildings have been found that date to the Middle Preclassic deep in the tunnel excavations at El Pilar. This ushers in the foundation of ancient El Pilar. 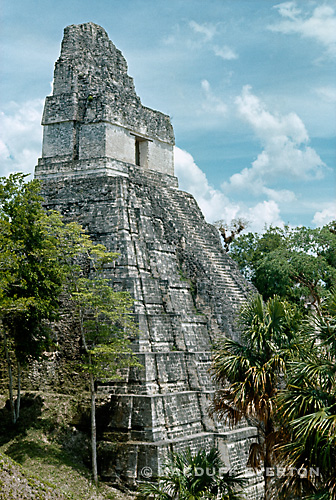 From 300 BC to 250 AD, the lowland Maya population continued to expand, resulting in greater competition for land. This led to increased Maya settlement density, larger communities, and the development of better management strategies. Maya civilization began to evolve more complex and elaborate mechanisms for coordinating, organizing, and feeding the growing populations. This is revealed in their settlement distribution, architectural elaboration, and agricultural methods. Among the important institutions documented in this period was the establishment of the bureaucratic trappings of rulership in the form of Maya kingship. This institution would shape the social history of the lowlands on through the Postclassic Period.

The Late Preclassic Period was one of major activity. At a time when occupation in the interior around Tikal was practically at its inception, the Maya were already engaged in early monument building projects. Major portions of Tikal and other interior centers were the seat of considerable public constructions, using the newly coalesced communities to build a fresh power base. At the same time the interior centers were being founded, the centers of northern Belize, particularly Nohmul, Lamanai and Cerros, were at their peaks, commanding the loyalty of large domains of well established settlements. El Pilar, only 50 km from Tikal, was firmly rooted by this time. Major public constructions of platforms and pyramids are found throughout different sectors of the site.