The end of the Terminal Classic Period has been viewed as the death knell for the Maya civilization, and the Postclassic Period has traditionally been described as a militaristic, decadent, and degenerate phase in Maya history. But more enlightened views would see that the militarism was part and parcel with other features that suggest a tendency towards secularism and the resultant downplaying of the ceremonial rituals that dominated the Classic Period. Moreover, much of our interpretations of the Postclassic were projected from ethnohistoric accounts of the Spanish intrusions in the region. Very little attention has been directed towards understanding the Postclassic through archaeology, although recent research on the period, particularly at Santa Rita in northern Belize, suggests continuity from the Classic Period.The focus of cultural developments moved from the Central Maya Lowlands north, to the Yucatan, where the Spanish first contacted the Maya culture.

Once the Spanish established their base in northern Yucatan by 1546, they began to impose their views and customs upon the Maya. This was a time of great disruption. The Maya people suffered from

Tragically, the vast majority of Maya documents were destroyed by Spanish religious zealots.  The Auto de Fe of Fray DeLanda is among the most famed. Credited with providing scraps of information on the Mayan language, in truth he is responsible for burning the majority of the known text at the time.  The created a huge void of information about the language and practices of this advanced civilization. The Maya of the Yucatan struggled to maintain their life ways under Spanish rule. The Maya forest garden and milpa strategy, unfamiliar to and unappreciated by the Spanish, was not accepted.

After the conquest of the northern Yucatan, the southern Maya Itza kingdom still dominated the southern lowlands, where Tikal once ruled. Hostile to their neighbors and ensconced in the Maya forest, they were able to maintain their independence for nearly two centuries after the Spanish arrived. 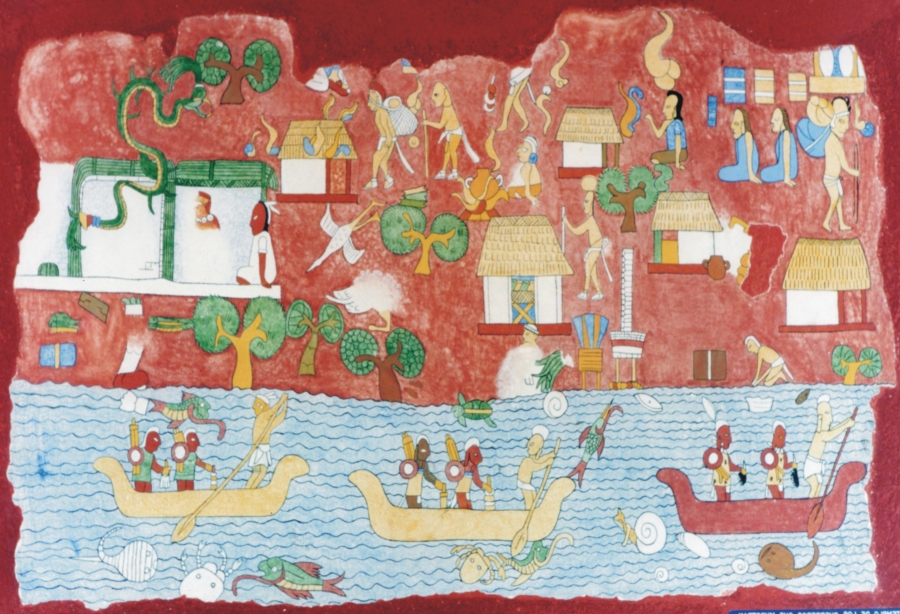 It was not until 1696 that the Spanish conquered the last of the independent Maya city-states, the Itza of Tayasal, the descendants of the ancient Maya realm. The Central Maya Lowlands, which today include most of Belize and the Peten of Guatemala, are still home to Maya who can trace their ancestry back into prehistory as attested by the patronyms of local villagers: Teck, Bacab, Mai, Cocom, and Panti to name a few.