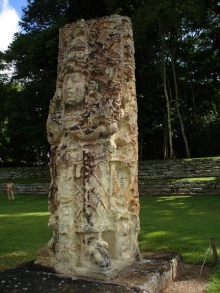 The Classic period (250 CE to 900 CE) is considered the height of the Maya civilization, characterized by great accomplishments like

The Classic Period is defined by the appearance and use of dated monuments. Although some monuments appear earlier than AD 250, they are unusual. The wide-spread use of dated stelae occurred toward the end of the third century AD . Stela and altars recorded the political, social and religious history of the Maya using the Long Count, a calendrical system based on multiples of a 360-day year with a origin point of 3114 BC. The seven centuries of the Classic Period exhibited tremendous developments in Maya civilization that were certainly fueled by the steady increase in population. The cores of the massive monument that we see today -- monumental stone vaulted buildings and huge temple pyramids -- were founded in this period.
The Classic is often divided into two periods, the Early and the Late, separated by the "hiatus." The hiatus was a time when there was a marked decrease in building and the erection of dated monuments, particularly at Tikal. Recent studies have pointed to this as a phenomenon peculiar to the interior of the Central Maya Lowlands, probably brought on by Tikal's involvement in a series of destructive offensive and defensive military exploits. These so-called wars were based on shifting alliances among the reigning regional power centers of the era, such as Calakmul, Naranjo, Caracol, and Tikal. This interlude is variously recorded at these important centers, but, ultimately, the problems reflected by the hiatus were surmounted, making way for an acceleration of the civilization progress in the Late Classic.
All major centers of the region experienced major growth in the Late Classic Period, especially El Pilar. This growth was rooted in the sustainable management of the region's valuable resources found throughout the ridge lands. For more than three millennia, the Maya were able to support and maintain their society's growth by forging an unusual alliance with their environment. This alliance was a balancing act that supported the development of the Maya civilization over some 40,000 sq km or 15,440 sq miles of space and across some 15 centuries of time. The evolution of the relationship between agricultural intensification demanded by the culture and consequent environmental change was not based on long-range scientific data collection, as we might be able to do today, and was destined to have dire consequences. 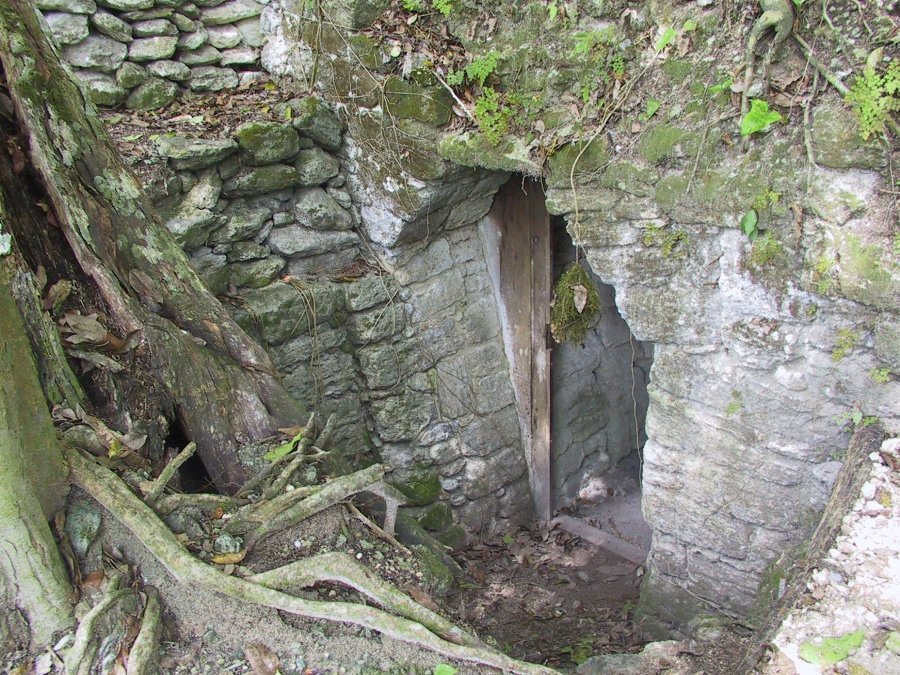 Toward the end of the Classic, the elaborate civilization of the Maya began to come apart at the seams. Notably, there was an increase in conflict, probably because of competition over scarce resources, culminating in a drastic reduction in population. This is most dramatically reflected in the complete arrest of maintenance, not to mention construction, at lowland monumental centers such as El Pilar. Residential settlements were not so abruptly abandoned, but they too were at last abandoned. The great Classic centers in the central lowlands collapsed first -- Tikal was deserted in the ninth century. Building activity was prolonged at many eastern centers right to the end of the Terminal Classic as recorded at Xunantunch and El Pilar. Around El Pilar, occupation even extended into the Postclassic. This was the time when the once magnificent regal rooms, such as Zotz Na at El Pilar, were used for dumps and ultimately sealed in the final efforts to redeem the center's past glory.