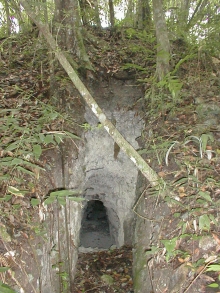 In 1993, a detailed mapping and excavations at the center of El Pilar began, establishing the foundation for a long-term program of interdisciplinary eco-archaeological research.  The archaeological plan is segmented into mapping, excavation, and structure consolidation and sequenced so that each aspect informs the next, with long-term conservation clearly in mind. In addition, we assessed structure orientation, building styles, and the degree of preservation in the major plazas of the center.

The map of El Pilar provides a general impression of the center's size, and clues to its complexity.  The center required considerable public investment derived from a labor pool representative of the settlements of the general area.  The local El Pilar community must have been the immediate support, and the density and diversity of settlement in the proximate area speak to the importance of the center.

Testing of residential units during the survey phase reflected a broad range of sizes, compositions, and assemblage in the housing. We also found evidence of a major stone tool manufacturing locus situated adjacent to El Pilar's Plaza Faisan, representing a concentration of chert tool production that must have been coordinated with the functions of the center.  The data suggest that the community and center of El Pilar figured significantly in the regional economic and political life of the ancient Maya from the Middle Preclassic onward.

Since 1993, major work has been concentrated on Nohol Pilar and the public area around Plaza Copal, where we have begun the task of understanding the construction history in this sector of the site. The Plaza Copal construction chronology indicates a long, uninterrupted prehistory beginning no later than 800 BC, in the Middle Preclassic, and continuing through the Terminal Classic Period around 1000 AD, post-dating Tikal's abandonment. Additionally, six major temple constructions of Plaza Copal were identified in the EP 7 tunnel excavation. There is an indication that the last remodeling at the very top of the temple was arrested before completion, perhaps because of political disruptions associated with the infamous collapse.

These initial forays into the architectural dimensions of El Pilar illuminate its importance over time both locally and regionally.  The size and extent of the monuments along with the long term sequence of monumental public construction indicate that El Pilar drew on a considerable area for its development and maintenance.  Early on it may have managed independently within the expanding Preclassic Maya sphere of influence, but by the Late Classic period the archaeological data indicates it was part of a major Maya regional hierarchy.  The integration within the regional Maya network experienced changes over time, and by the Terminal Classic period El Pilar's economy was able to support its local efforts when other areas of the lowlands were disintegrating.  Even with the extension of control exhibited at El Pilar, there are signs of problems.  The final construction efforts at the Xikna temple EP 7 were left incomplete.